Our Guardian dogs (or should I say angels) 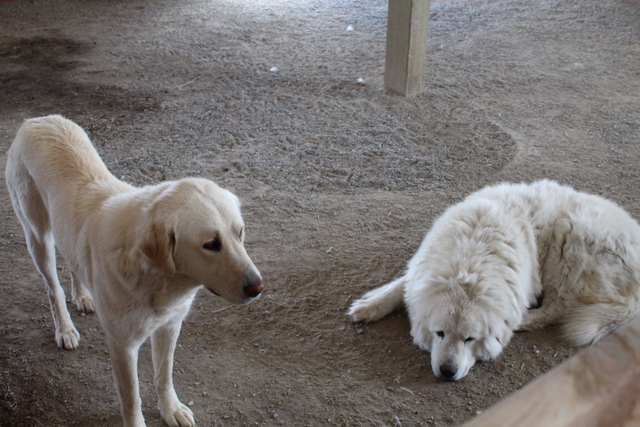 We have two (2) guardian dogs on our farm. Tucker is a purebred Maremma and to watch him with the animals, you would think he was one of them. When we first got him, the alpacas were quite a bit against it! He would come out of the barn and walk a little way towards them with his head down and just stand there. Then he would go back into the barn for a while. It took about a month for the animals to trust him and now he feels quite at home and they don't even look twice at him. He is johnny on the spot if they let out an alarm. Wonderful, loving dog but he is getting on in age. We bought another dog a year and a half ago. She was just 16 weeks old and, like Tucker, had never lived anywhere but with animals. She loved being with them and as our babies started coming, she decided that they were hers and everytime we took one to weigh, she would be quite upset until we brought it back. She was never far from them. I have video's of her playing with some of the adults. She literally lies on her back and lifts her legs in the air to touch them and they love trying to get her to stand up. They have even pulled on her tail. Couldn't ask for better dogs with our animals. We know that they are protected at all times. Lexi is right there whenever there is a noise that doesn't belong. Love our dogs. Wouldn't be without them. Have seen coyotes, fox, and neighborhood dogs but they don't get too close.
Featured Items 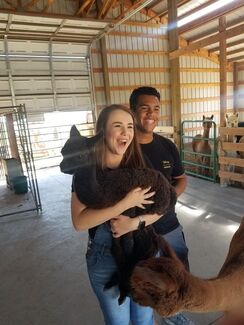 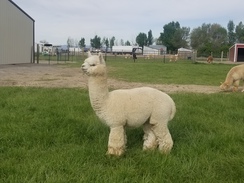 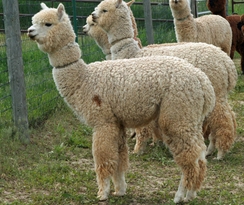